All Rooms are Family Friendly
ALL GAMES ARE INDOORS!

Your group of 2 to 10 searches for clues, solves puzzles, and works together to escape a themed room in 60 minutes. You’ve just stepped into a live-action adventure game. 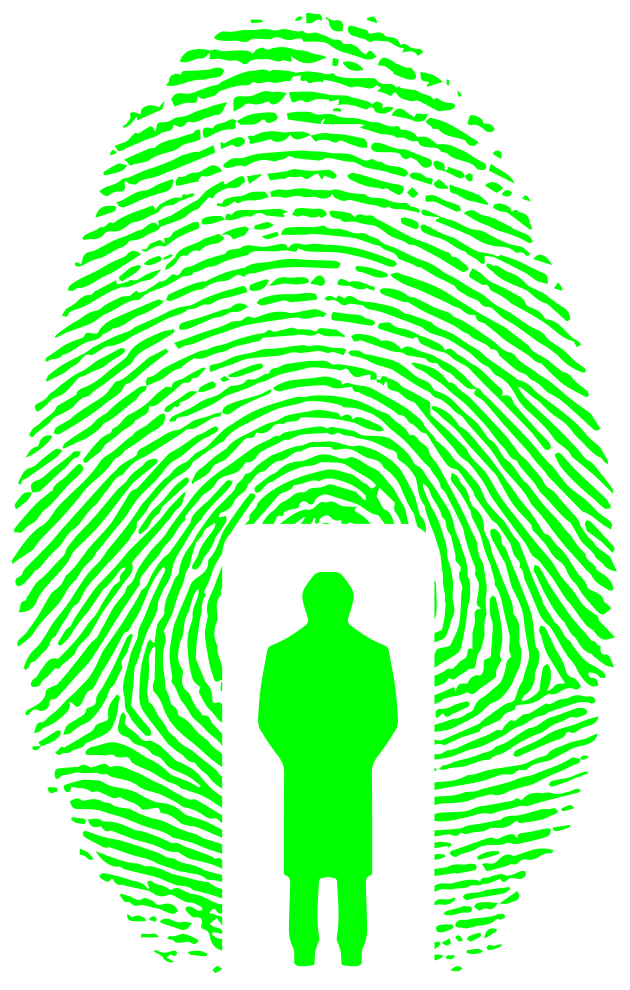 Can You Escape the Steampunk Mansion?

What is Steampunk? Think Wild Wild West in the Victorian era with gadgets, gears, and fantasy. Driving you crazy, this Steampunk Mansion has u-turns and curves to accelerate your adventure. Can you “brake” out?

If you think you are on a highway or this is all about automobiles, think again. Toss out the window any perceived notions; you’re already on the wrong “track.” You have 60 minutes to retrieve something that can change your life forever.

More importantly, you are the sole and rightful owner, but this needs to be proven. Swift and calculated actions are the only solution.

Upon check-in, you receive your Esquire CARS Notification Documentation outlining your challenge.

Many believe they have been “punked” during this intense adventure. Can you escape with your prized belonging?

Non-frightening adventure. Not a haunted house. 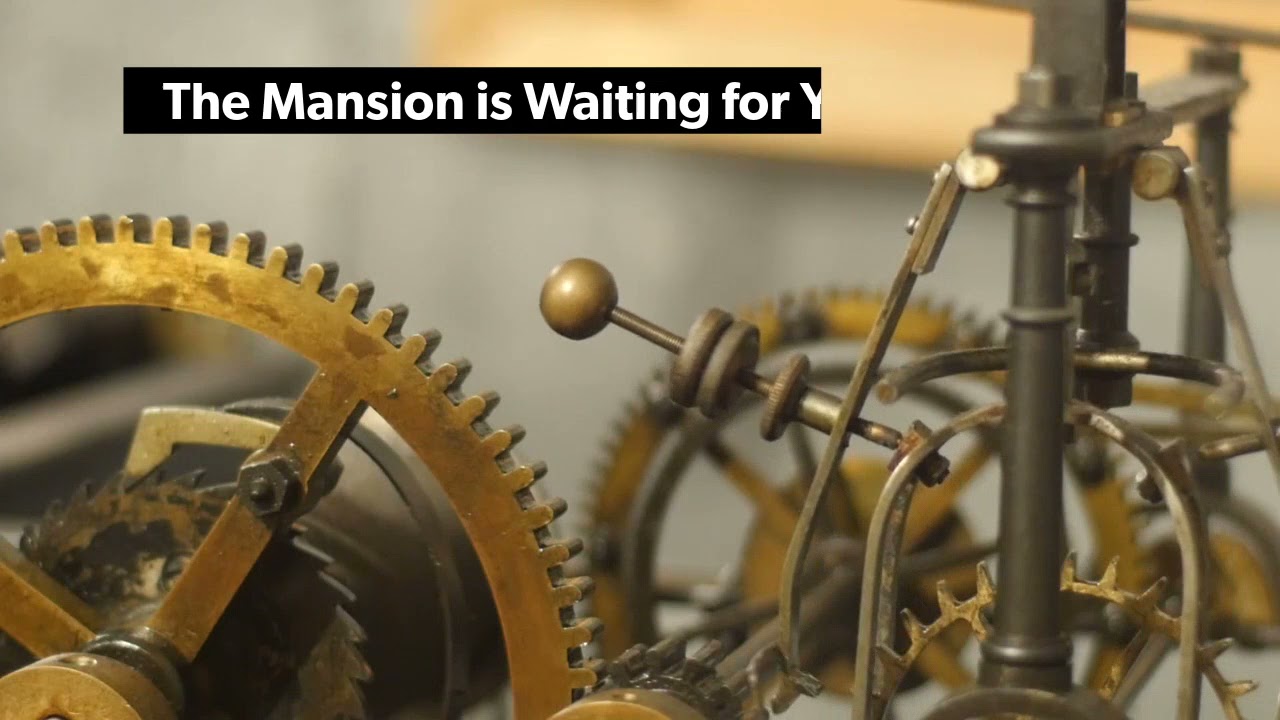 Betcha didn’t know there once was a Wagon Trail in Myrtle Beach. Provisioned and ready to head west in search of real gold, this group of East Coast wanna-be westerners never made it off the beach.

The Wagon Trail’s main gold accumulation “went missing” some time back, and bits of their stash continue to disappear. Without this precious metal, their means to buy and sell, they cannot leave. They are looking for good samaritans to help ’em round up the culprits that aim to keep ’em in Myrtletown and ultimately find their missing gold.

That’s where you come in, pardners. Are ye smart ‘nough to see what this little town cannot? Could the thief be right under their mustaches? Is the town destined to remain at the beach forever?

Choose your game’s difficulty level based on the age mix of players. Adults may choose a more difficult game level than families with younger children, for example.

Solve puzzles, clues, and riddles to escape the Wagon Trail if you can.

Family-friendly and non-scary. This is an INDOOR escape game. Each group remains together throughout the show/game as this is a private game. Perfect for birthday and wedding celebrations. 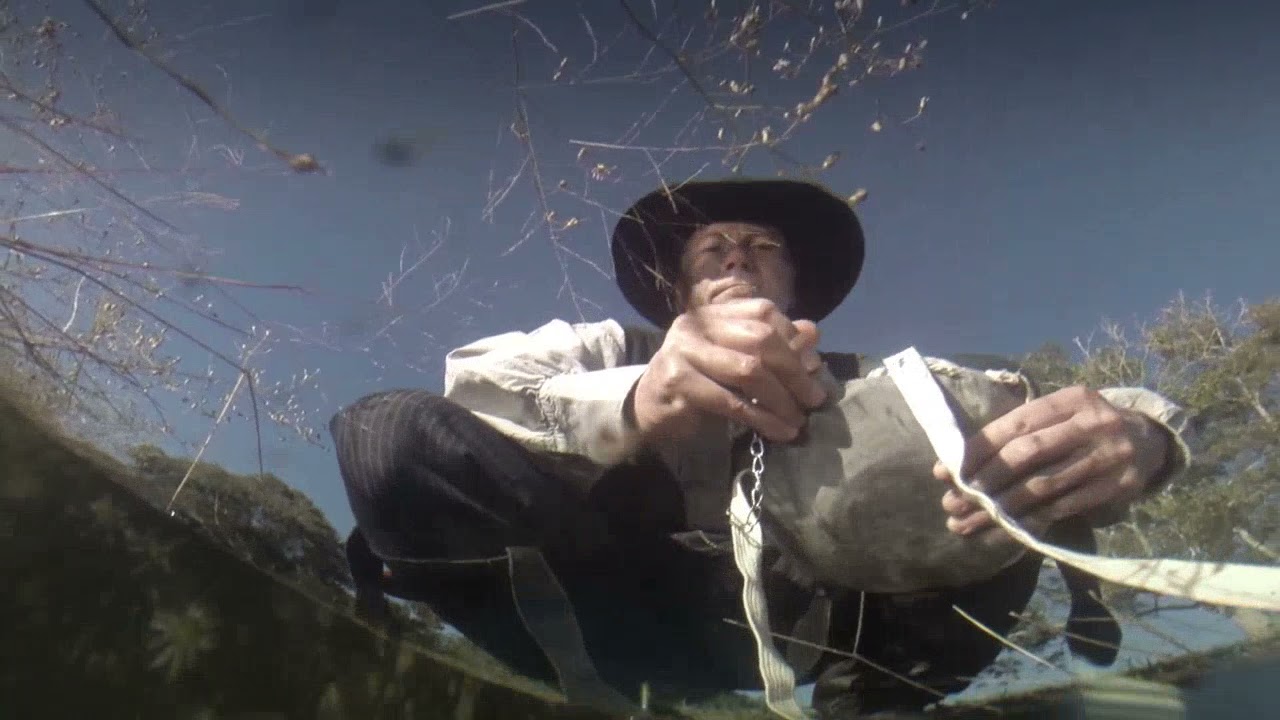 Escape from the Grande Strand Hotel

You Can Check in, but Can You Check Out?

There’s just one slight problem. All guests check in, but most never leave. Where are they? Will you become one of the missing?

First Clue: DO NOT go to the Tropical Mezzanine Oceanfront Bistro or the lobby.

Strange happenings are rumored. Please tell your Room Master that you prefer NOT to be directed to either of these locations within the resort. 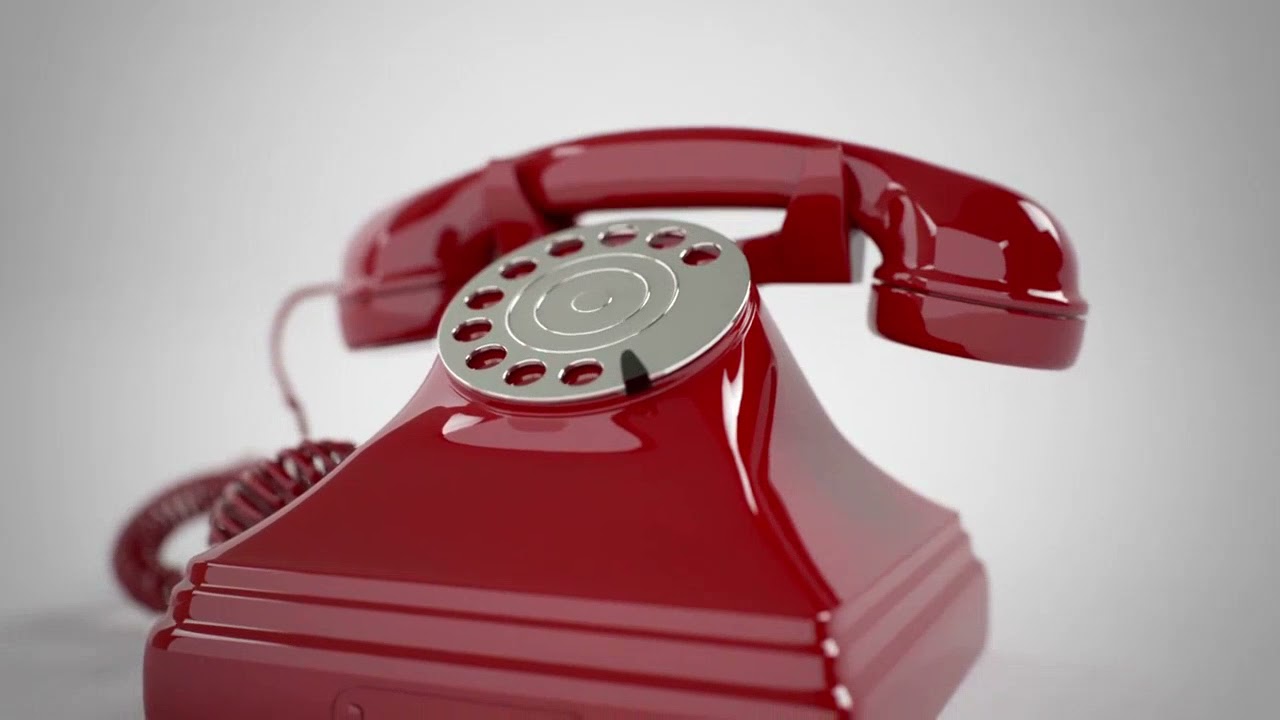 Divide into Teams to race against the clock and see which Team can escape with the best time.

It’s the same game but strategy pays off. Save your clues! Try to complete the entire game.

Your Team must escape to win.

In case of a tie or if both Teams do not escape, the amount of clues/hints will determine the winning Team, along with the time remaining on the clock and how far your Team progressed in the game.

Each Team will receive 3 clues and 3 hints as a standard game.
We take into account the age mix of your group. Teams with younger players in the group will receive more assistance with no penalty so ALL AGES CAN PLAY.

Any additional clues or hints provided by our Deputy or Sheriff will be tabulated.

Less clues is paramount; however, less clues can also prohibit your Team from advancing through the entire game.

If one team doesn’t escape, the other team automatically wins should they escape.

Call or Text to Book!

Can You Escape the Island After Being Marooned for Five Nights?

Bird Island, the locals’ paradise island, is magical with its white sandy beaches, wildlife, serene ocean surroundings, and boats of all sizes parading the channel or anchoring out for a relaxing excursion. Located north of Myrtle Beach, between Cherry Grove or Little River Inlet and Sunset Beach, this island comes alive with locals and tourists, with dolphin cruises, chartered fishing vessels, and pleasure crafts.

You’ve decided to charter a vessel with friends for the day, and after some time at Bird Island, you decide to venture out into the ocean to the Gold Island. The locals tell you not to attempt it… it’s too risky, they say.

You’ve heard about this island. Only a few can find it; yes, it’s that remote. The name is enticing and suggestive… GOLD… Could the legend be real?

In the summer of 1718, the “Gentleman Pirate” himself, Stede Bonnet, is rumored to have hidden some of his loot on this tiny island when he heard Colonel Rhett had dispatched warships from Charleston, SC, in search of him.

The loot is there. You know it! You’ve searched the internet; it’s never been found. Your captain has been there and explored it personally, but only with an experienced crew. You’ve convinced him you can handle this mysterious mission and will give him part of the find.

But the island isn’t where he remembered; it’s not on a map. Using precious fuel, miraculously he locates it and off your group goes to search for the gold.

What you didn’t plan for was a lack of provisions… primarily fuel. And you have very little. Surely not enough for the sail back to Little River. Not to worry, a vessel will certainly be in the area soon.

You’ve been marooned now for five nights. Supplies are low and now the weather is turning. What could be worse? You’ve got 60 minutes to get yourselves off this deserted island before the big storm hits.

Will you make it off in time? 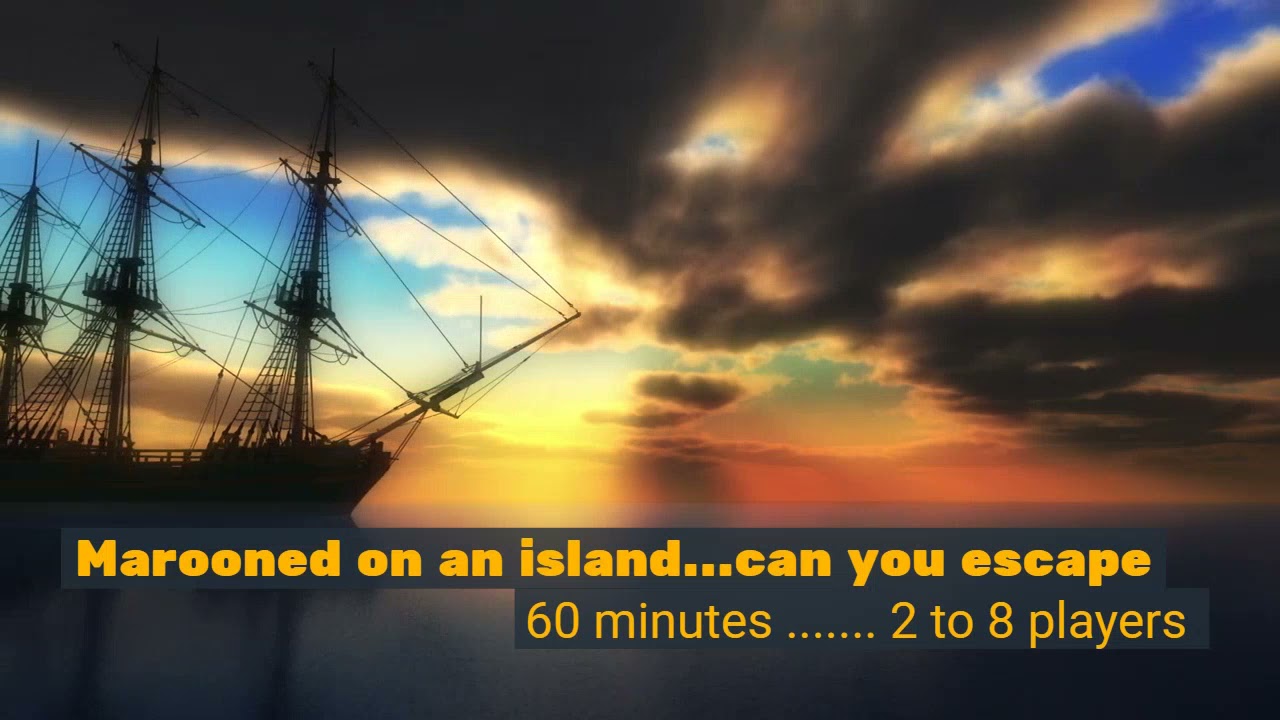 Smallest Escape Room in the USA

A 30-minute Escape Extreme Adventure for Only Two People

Be forewarned: We turn up the heat in these rooms. Must not be claustrophobic! You’ve heard of tiny houses. Well, this is a tiny room. And we don’t apologize.

You knew before entering: This room is extreme. Not to worry, we’re here if you need us or chicken out. You have 30 minutes to unlock the code or you become a Riddles statistic of fails! Better bring someone you like or reach out for us to pair you with another victim… we mean, escape partner.

Need an adrenaline rush? This room might be a little scary… just saying. But nothing jumps out or touches you.

Can you out-wit us? Do you have what it takes? See if you can join the elite club of Claustrophobic Escapees! 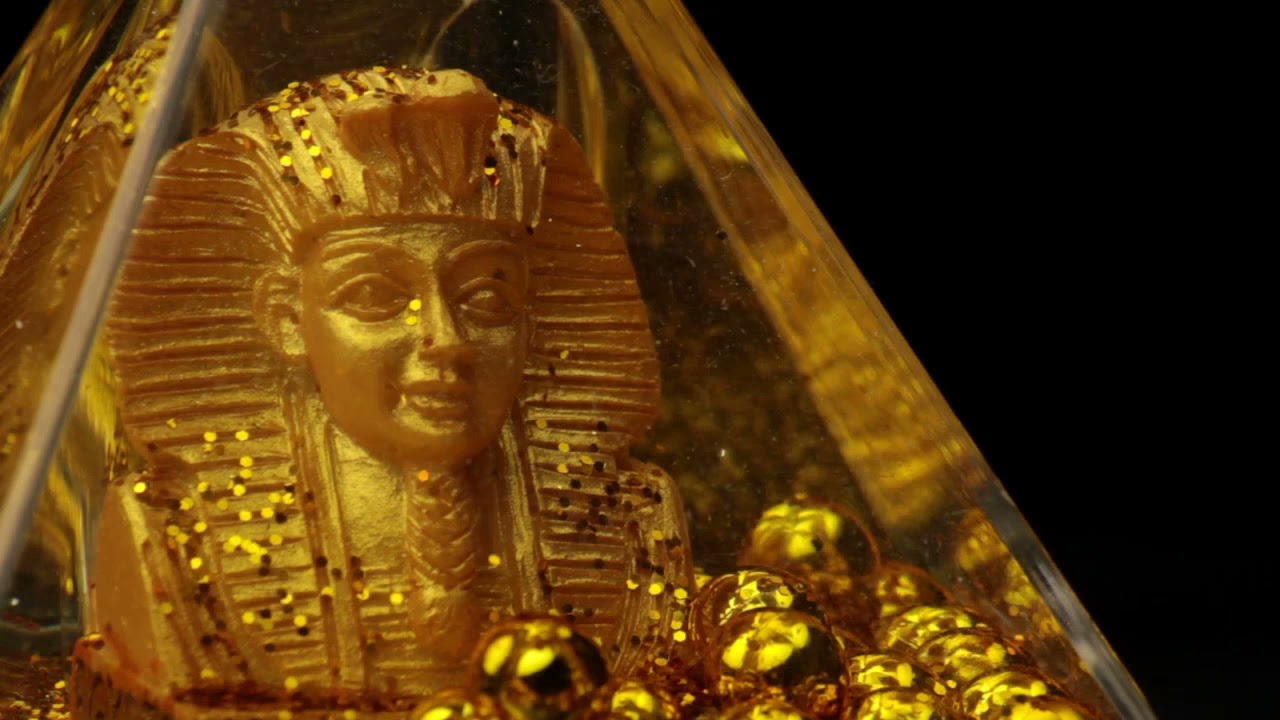